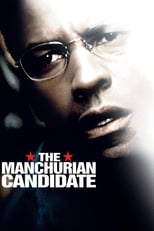 In this remake of the 1962 political thriller, Capt. Bennett Marco (Denzel Washington) and Sgt. Raymond Shaw (Liev Schreiber) are taken captive during the first Persian Gulf War and brainwashed so that they're programmed to rebel once they return home. Ten years later, as Shaw's mother (Meryl Streep) is busy helping her son in his bid for the presidency, Marco recalls the brainwashing. Can he get to Shaw before it's too late?