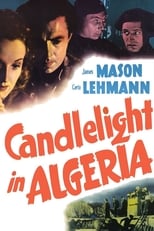 An American sculptor living in London during the Second World War comes to the aid of a British secret agent whose life is in danger. The spy is on a mission to recover a camera containing evidence of vital Allied battle plans, but a Nazi operative is on his trail. Spy thriller, starring James Mason and Carla Lehmann.